About two years ago, I stumbled upon a new process. I bought a cup from my friend Sebastian Moh, and was delighted with the attention paid to the foot. It was very smooth, and I found myself idly rubbing it during use. I asked what he used, and it turned out that he would sand with regular sand paper in a progression from 200 to 1500. I decided to give it a shot on mine, the results were enough of an improvement that I decided to give that sort of attention to all of them. Little did I know at the time, this would awake an obsession. 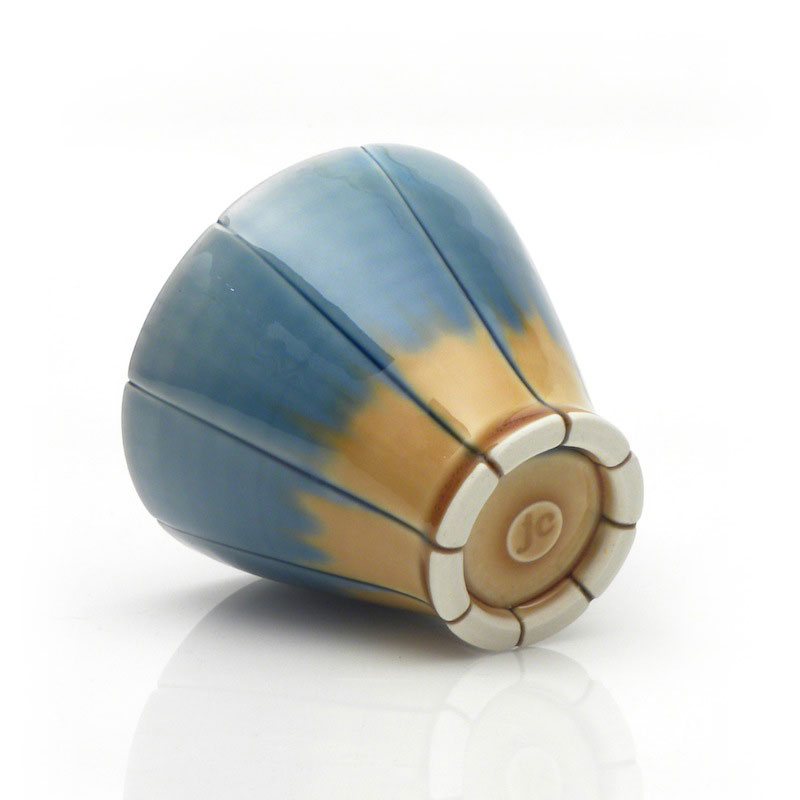 I devoted a lot of time and resources in the months to follow finding a way to polish the perfect foot. The result at this point is a foot ring that shines like glass, and glides across a table in a wonderful way. The sound and feel when it touches down on a table is distinctly different from that of an unpolished foot – a solid and resonating clank versus a dull thud. All the work I put into my pots are to the end of having an object that screams luxury. Once I got one foot to shine like glass, I soon realized that I would never send out another one that didn’t. Now that I have it all figured out, I thought why not share what I’ve learned?

It began with a trip to a local hardware store to get every grade of sandpaper I could. I sanded with 200, 400, 800, and 1500. I beleive that these numbers correspond to the mesh size of the sanding medium – it has passed through a screen with that many threads per square inch. The bigger the number, the finer the particles, just like clay materials. The sandpaper was wet/dry silicon carbide, made for sanding metal. It worked OK, but the sandpaper wore out really quickly, and there was not much bite to it. It is only marginally harder than the porcelain, so it took a lot of sanding to little effect. I knew there had to be something better out there, so I researched a bit more. 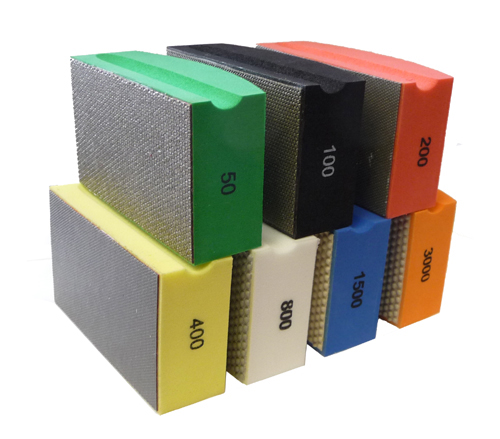 I stumbled across a store called Toolocity.com, which specializes in diamond abrasives for various purposes, largely in polishing stone countertops and floors. I thought that if their tools can grind stone, they can probably cut through porcelain (being synthetic stone, technically) pretty effectively. I began with a set of diamond hand pads. I had a batch of work to send out to AKAR in Iowa City, and thought what better opportunity to try this process? One thing I learned right away is that the diamonds are not nearly as forgiving as sandpaper. If you even touch them to the glaze, they will scratch it, so I had a few pieces to refire right away. The set I bought went to 3000 grit, and at that point, I discovered, the foot begins to shine. This was my first moment of discovery. The grouping of about 20 pots took me 8 hours to do. I knew I had to have this finish, and also knew I had to figure out a more efficient way to do it or I’d never make all my deadlines. I went back to toolocity to find a power tool. 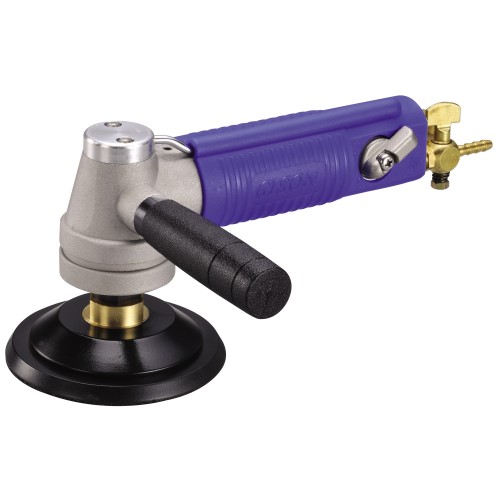 I decided on this Gison Wet Air Grinder from the same site. The first pads I tried were a disaster, wearing out almost immediately. I went for a set that were bigger and also meant specifically for wet sanding. They were spectacular and have lasted for more than 2 years! 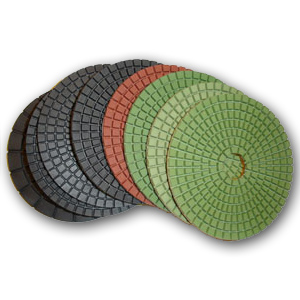 The tool itself works by an pneumatic piston, and at the same time, showers water out of the middle. It needs to be hooked up to a hose, which will require a run to the hardware store. While you’re there, make sure to get whatever you might need to hook it to a compressor. The thing does require more air than a small hobby type compressor can provide to run continuously, so keep that in mind before you buy. I then Velcro strapped it onto a chunk of wood. I found that it works best to mount the tool upside down and then It took a bit of practice to figure out how to use. It should be inside a sink or bin with a drain, as it will fling water constantly for as long as you are using it. 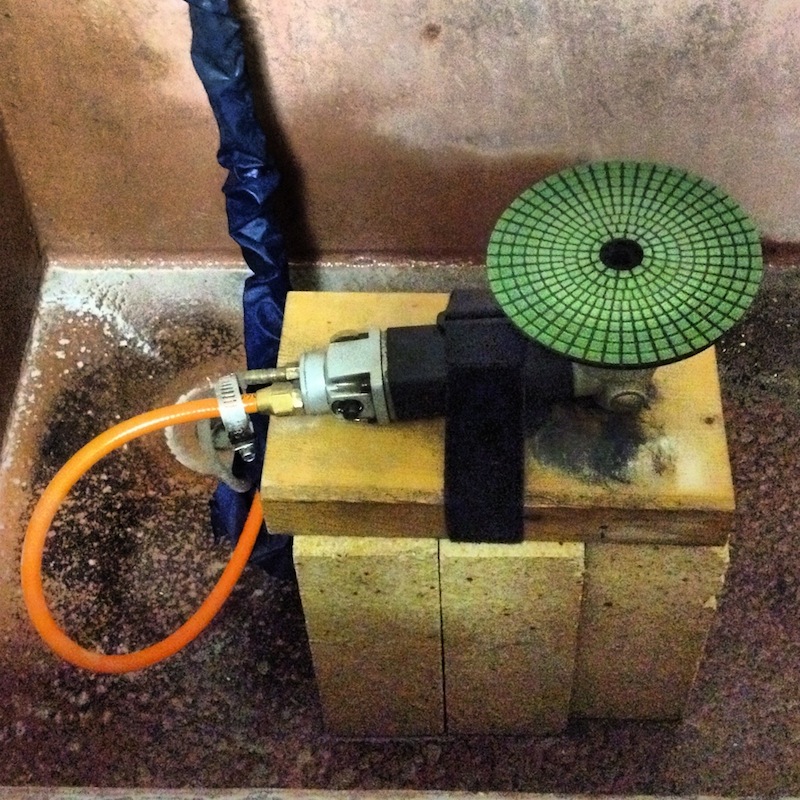 Thanks for reading and I hope you find this info useful!